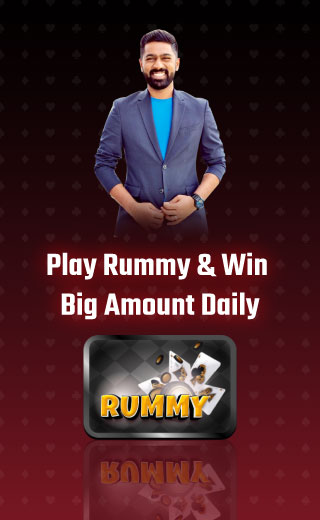 What is Classic Rummy?

Classic rummy is one of the most played 13 cards Indian offline rummy game where players play for points with pre-decided rupee value. One player who make the first ‘valid’ declaration wins the game with 0 points and win all the cash. i.e. There is only one winner who declares with 0 Points.

Classic Rummy on Batball11 Rummy is played with 2 deck of cards between 2 to 6 players (depending on the player’s preference). To play Classic Rummy, each player needs to take care of the below mentioned points:

The player losing the game gets points equal to the hand score which is counted as per the point value of their cards, in accordance with the following points:

Any player participating in the game can receive a maximum of 80 points only. In a case the losing player has a score of 90 at the time of declaration, the player will only be given 80 points. Any other score below 80 points is awarded as it is.

The winning player gets all the winning amount as per the Prize Pool at the end of the contest.

Each of the players on the table is allowed to drop the game in their turn, throughout the game duration. In order to drop the game, it is important that the player must have not picked any card from the open or the closed deck. There are three types of drops, and each of them has a different point value

In case the player drops the game after playing the first turn, it is considered as Middle drop and the player is given 20 points.

In case any player misses three consecutive turns, it is automatically dropped from the game, and the player is given points for the middle drop.

What is Pool Rummy?

Pool Rummy is one of the most popular game. It is a variant of 13 card Indian rummy where players pay a fixed entry fee which forms the prize pool. Winner of every deal gets 0 points and the rest accumulated points are added to their score. A player is eliminated once their score reaches the maximum limit of points on the table eg: 51 Points, 101 Points Pool or 201 Points Pool.

The Pool Rummy format of the game is played between 2-6 players with 2 decks of cards (including two jokers, one from each deck).

The winnings at the end of the Pool Rummy is counted as: Winnings = (Entry Fee) X (Number of Players) - Platform fees.

As per the policies of the game, each of the players on the table can drop out of the game at any time throughout the game. However, the scores differ for 101 Pool Rummy and 201 Pool Rummy.

Lets Play together and earn more

Download our latest version and please don’t forget to rate :)